Robert Aaron Richards began his career here at Egyptian Electric Cooperative on Tuesday, January 2nd as a journeyman lineman. Aaron is a 2005 Murphysboro High School graduate, and started his career as a tree trimmer with Nelson out of high school. He was hired in 2007 at Southeastern Illinois Electric Cooperative (SEIEC), now headquartered in Carrier Mills, as a tree trimmer. Aaron was promoted to an apprentice lineman in 2010, and by 2015 he was a line foreman. Before relocating closer to home at Egyptian Electric, he was employed by SEIEC for 10 years. He lives 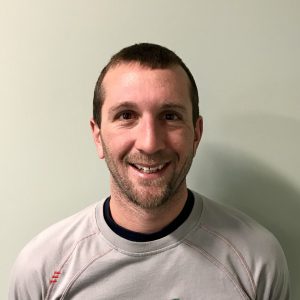 in Murphysboro and is married to his wife Brooke, and they have two sons, Kaiden and Kanton.  Welcome Aaron!!