Egyptian Electric Cooperative, currently headquartered in Murphysboro, Illinois, is a consumer-owned corporation that supplies electric power to members in portions of Jackson, Randolph, Perry, Williamson, and parts of St. Clair, Johnson, Union, Monroe, Franklin and Washington counties in southern Illinois. More than 15,000 households and businesses receive power from Egyptian Electric Cooperative. We are a distribution utility, meaning we do not generate our own electricity. We purchase our power from Southern Illinois Power Cooperative (SIPC) which is located south of Marion, Illinois, at Lake of Egypt. SIPC is a generating and transmission cooperative which is owned and controlled by the southern most rural electric cooperatives in the most southern region of Illinois, and that receive electricity from SIPC. Egyptian Electric is wholly owned by the people it serves, and is governed by nine board of directors, elected by members. Approximately 38 employees work for Egyptian Electric to serve its residential, commercial and industrial accounts.  To learn more, and view our by-laws, visit the New Members page.

A cooperative is organized as a not-for-profit utility. It does not sell stock and is not under pressure to earn profits for absentee stockholders.  Co-ops are not-for-profit entities. Members invest in shares of the business to provide capital for a strong and efficient operation. All net savings (profits) left after bills are paid and money is set aside for operations and improvements are returned to the cooperative members, usually in the form of capital credits.  Electric cooperatives were established to serve rural, less-densely populated areas, when no one would do it. Providing electric service in these areas has always tended to be more costly and difficult than in urban areas.  Egyptian electric maintains nearly 2,000 miles of line, with an average of only 7.5 meters per mile of line, compared to the investor-owned companies, that average 35 customers per mile of line.

1. Membership: Open to all without gender, social, racial, political, or religious discrimination.

3. Member Economic Participation: Members contribute equitably to, and democratically control, the capital of the cooperative. The economic benefits of a cooperative operation are returned to the members, reinvested in the co-op, or used to provide member services.

4. Autonomy and Independence: Cooperatives are autonomous, self-help organizations controlled by their members.

5. Education, Training and Information: Cooperatives provide education and training for members so they can contribute effectively to the development of their cooperatives. They inform the general public about the nature and benefits of cooperation.

6. Cooperation among Cooperatives: Cooperatives serve their members most effectively and strengthen the cooperative movement by working together through local, regional, national and international structures.

7. Concern for the Community: While focusing on member needs, cooperatives work for the sustainable development of their communities through policies accepted by their members. 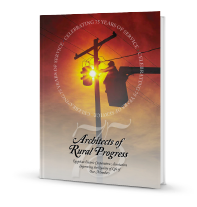 The History of Illinois Cooperatives